My name is Danielle ….

Yes, I just titled my blog post with Jay Z lyrics … Anwayyyy … Training starts this weekend, so that also means that I should officially kick off this blog. I present to you: Five Facts Friday! This way, all of you fabulous readers can get to know me a bit more, and I don’t have to bore you all with an About Me section the length of a novel.

1) I talk about my dog a lot. I think ever since I moved out and had to leave him, I talk about him even more. He’s a 7 (almost 8) year old puggle named Jake. I’m sure he will make an appearance or two on this blog. 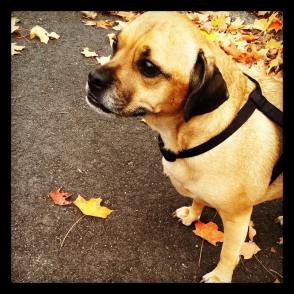 2) For the first 21 years of my life, I was an only child. Then, one summer evening right after I moved my stuff back home for summer break, my mom sprung the news on me. I’m pretty sure I didn’t talk to her for two whole days and acted like it was the end of the world. Now, I can’t imagine not having a little brother, even if sometimes he can be a little pain in the butt 🙂 But, who wouldn’t love having someone who tells you that you’re “the prettiest sister in the world.” Or calling you “Princess Danielle” for a whole week in Disney World. 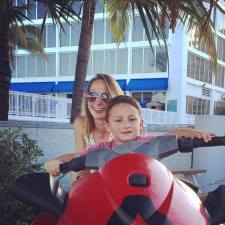 3) I have an addiction to nut butters. Primarily peanut butter and almond butter. I go through at least a jar a week, and would be happy to just eat peanut butter out of the jar with a spoon.

4) I love a good boy band. I thought this stage of my life was over when Nsync when on hiatus (hello, 2002), but then I heard Story of My Life, and I became a One Direction fan. Yes, you read that right, One  Direction. those fellas with the hella good hair.

…Speaking of boybands, I still have a spot in my heart for Nsync though. I even still talk about that time that Nsync retweeted my tweet and tweeted back to me. It made my day, and it was the closest I’ve gotten to being acknowledged by Justin Timberlake. 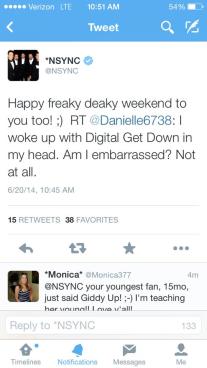 All About That Pace is back, tell a friend. So, you know what this all means …Boston 2016, babes! That’s right, I’m running the Boston Marathon (again?).

As many of you know, I was supposed to run the marathon last year, but due to a stress fracture, I had to sit it out. That’s old news now (if you want more information, check out the old blog), and it’s time to focus on crossing that finish line on April 18, 2016.

You’re probably wondering, how did she do it? Did she qualify? Is she running for a charity? Did she offer up her first born son for a bib? No, yes, no. I was accepted on to the Tufts Medical Center Marathon Team! This year, not only am I tackling 26.2 miles, I am also tackling another $5,000 fundraising goal. I’m currently trying to figure out which of the two is more frightening, but I’m going to make those training runs my bitch (sorry, nana) and fundraise like it’s my job (oh, wait…).

I’ll be posting here with updates on training and fundraising, as well as general life posts, because sometimes my life can comical, or so I’ve been  told. I hope you’ll follow along and I promise it will be entertaining!